The Stress Chronicles (Part 1): Getting to Know the Workplace Epidemic 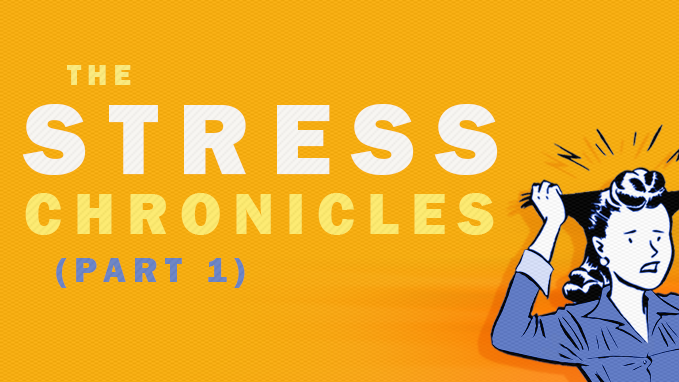 1983: Stress appears on the cover of TIME magazine, as part of their feature story “The Epidemic of the Eighties,” referred to as the leading health problem in the US. Stress, or rather stress reduction, is a hot business topic.

With 3 million views and rising, it’s the subject of the all-time most popular article on LinkedIn Publisher. It’s also a big part of the sweeping success of mindfulness mediation in workplace, with large numbers of executives looking to find inner peace in a world filled with the 5 D's: demands, deadlines, difficulties, distractions, and douche bags.

Stress is a multi-faceted phenomenon with a fascinating backstory. As it turns out, the term “stress” was a translation mistake and we should all be using a different six-letter term beginning with “s” to describe this most unpleasant state.

Before the 1930s, stress was a term used predominately in engineering—viewed as an external force applied to a system, resulting in strain (the change or response in the system due to stress). So how did stress (engineering) cross over to stress (health)?

It is Hans Selye (1907-1982) that we have to thank. Selye, a Hungarian-born endocrinologist (someone who specialises in hormones and glands), now widely considered to be the father of modern stress research, was a prolific scientist who authored or coauthored more than 1,700 publications, including 40 books. Like so many other scientific breakthroughs, Selye’s journey began with the planet’s second most successful mammals: rodents.

In his late 20s, Selye was injecting rats with a particular compound in an attempt to discover a new hormone. Just as he thought he was on the verge of something big, he noticed that the rat control group being injected with saline (a sterile mixture of salt and water) exhibited the same negative health symptoms as the group injected with the active compound. It didn’t make any sense. How could both groups of rats be fatally sick? After much re-checking of his work, there was one factor that he hadn’t considered, which was related to his handling of the rats. Selye was… how to put this… a bit of a klutz.

“If he had to be honest with himself, he wasn’t the most competent rat handler. While he was injecting them, he sometimes squeezed a little too tightly. Owing to his anxiety, he sometimes dropped the rats, which meant he had to chase them around the room with a broom so he could finish the experiment.”

For humans, this was essentially the equivalent of being chased around an alien spaceship by a bunch of freaky-looking creatures waving an anal probe device. All in all, it was a pretty terrifying experience. Selye realised that the rats were responding, not to what he was injecting, but to the shock of being injected. He discovered the rats went through a predicable series of stages, beginning with activation of the fight-or-flight response. Repeated exposure to traumatic stimuli (or what he first called “noxious agents”) wore the animal down until it reached the stage of exhaustion, whereby its immune system fell into a state of total collapse. Borrowing from the engineering lexicon, he called this response “stress.”

Although Selye’s work was instrumental in spurring research in the scientific field, he had many critics, one of whom pointed out that stress was, rather confusingly, being defined simultaneously as “the cause of itself, and the result of itself.” As someone who spoke approximately ten languages, English not being his first, Selye had accidentally chosen the word stress, when what he meant was “strain.”

That certainly has a different ring to it. Can you imagine coming home from a “strainful day at work" or complaining about feeling “strained out”?

"… later in life Selye jokingly said to his coworker Paul Rosch, now director of the American Institute of Stress, that had his English been better in younger years, he would have been world-renowned as the 'Father of Strain' instead of being called the 'Father of Stress.' "

Selye made many modifications to his initial ideas, creating the new word “stressor” to distinguish between stimulus and response, and he used the word “eustress” to refer to good stress and “distress” to refer to negative stress.

As the body of research on stress continues to mature our understanding of this concept, the public has come to view stress as "the biggest killer of our time," and it's something that organisations are increasingly looking to manage.

As part of the launch of our new stress assessment—TTI Stress Quotient™—we are going to be exploring the topic of workplace stress in depth. Some of the topics we'll be covering in the coming weeks include:

Stay tuned for more in this series... 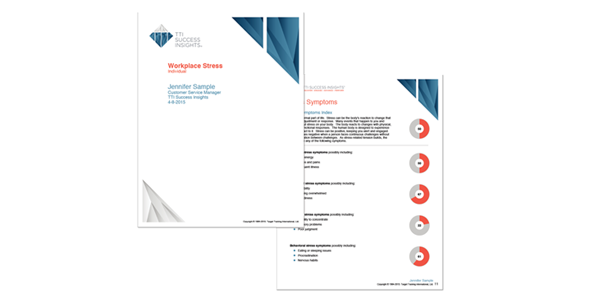