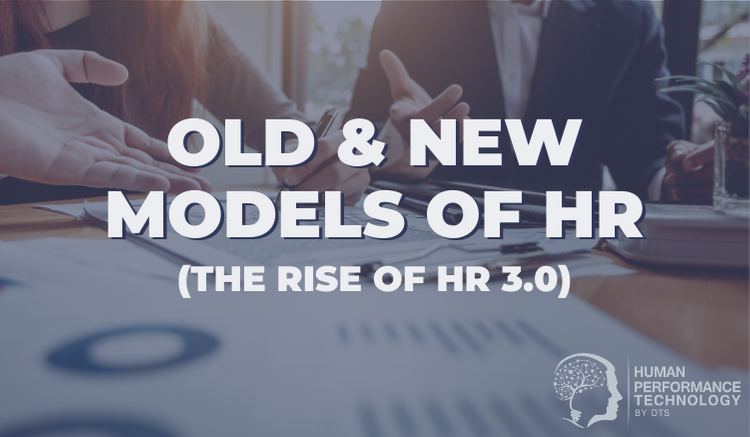 “Over the last several years, a cottage industry of business writers has made headlines by sharply criticising HR. Some believe the HR function should be split in two. Others advocate doing away with it altogether… Our 2015 Global Human Capital Trends report concluded that HR needed an 'extreme makeover.' We noted that HR skills were weak, companies were not spending enough on developing HR professionals, and HR itself was too focused on service delivery and not enough on building consulting skills. While some of these complaints remain valid, this year we take a contrary view. In fact, we believe HR is turning the corner.”

Surgeon: What have you got for me, nurse? Another model?

Nurse: Let's see. Yes, according to the chart, the model's name is "Human Resources." Goes by its initials "HR." Named after the type of high value assets it manages.

Nurse: No, I think human resources are a subtype of humans, like mutants or zombies. The patient's medical history is interesting. "Body-image disorder"... "obsessive compliance disorder"... "multiple personalities" including "strategist, advisor, analyst, marketer, recruiter, psychologist, anthropologist, coach, facilitator, mediator, counsellor, lawyer, and police officer." Apparently, a lot of people hate HR. The haters say it "speaks gibberish"; it's "dumb"; it "makes stupid rules"; it... this goes on for several pages.

Nurse: Yes, the part around the spine—called "Administrative HR"—is slowly shrinking, reducing the overall size. The problem is HR's not adapting fast enough to its environment. It needs cybernetic implants, doctor. Otherwise it might die. Also, it says here that HR is looking for a new name as part of its image makeover.

Surgeon: "Human Resources" is so impersonal. What about "Personnel"?

Nurse: No, doctor! That’s what HR used to be called.

Nurse: The medical record says that after Personnel became HR, it further developed an area called “Strategic HR.” HR soon became recognisable for its administrative body and its strategic head. The head has "strategic capabilities." I'm not sure what that means.

Nurse: Its primary mission is related to getting assets "engaged" and "locked on their targets."

Surgeon: Alright, listen up everybody. We have a structural model, several decades old, military in design, possibly some kind of zombie-human missile launcher, with an unpredictable personality, OCD, and extensive emotional trauma, in need of cybernetic augmentation and a new identity. Let's get to work. 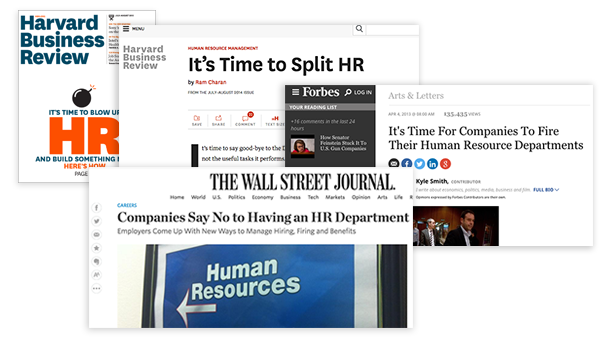 I see people around me, anxious, impatient, pacing the corridors. There's a group of people arguing about the lack of funding and resources being provided for the operation.

Magazines with provocative titles are strewn across empty chairs. The woman sitting across from me is reading the HBR piece It’s Time to Split HR.

"This is crazy talk," the woman grumbles softly, shaking her head. Her displeasure is shared by others. Nobody's quite sure what the surgery team has in mind. Will they split HR in two?

Many in the room want HR to be a high tech, fully integrated, interconnected whole, capable of adapting its structure to suit the surroundings—like the Liquid Metal Terminator or the more advanced T-X model, but, you know, friendlier and with less death. There is talk about "HR reinvention," “retooling HR,” and “renaissance HR.” There is optimism about the birth of a cybernetically enhanced, agile HR organism. When the bandages come off, they're hoping more for an Iron Man superhero than a strict Robocop enforcer.

HR 1.0 is Personnel/Administration. HR 2.0 is Strategic. We are at the verge of a strategic/digital HR 3.0. We're still waiting on an official title. A few are calling it "The New HR." Someone told me he voted for HR McHRface. There are hopes that the unveiling will go better than New Coke; its surgeon did a terrible job.

Something's happened. One of the nurses is approaching.

People rush towards her, questions gushing. "Is it ready?" "Can we see it?" "Was the surgery a success?"

The nurse says the surgery is progressing, but it's going to be a little longer before we'll be able to see the full body transformation. She's come to give us some reading material while we wait. There's a book being handed out.

The Rise of HR is an anthology of essays by 73 thought leaders, co-edited by Dave Ulrich, the father of modern HR. The book blueprints the new HR. There are lots of comparisons between old and new ways of thinking.

I start by drawing up a table with other people's words.

The man sitting next to me has the book open. He seems jittery. I think he's had too much coffee. He nudges my arm. "Do you like quotes? I like quotes. Here, let me read you a quote."

I tell the jittery man that I'm just a reporter who flew over to cover the story, that it's good to hear progress has been made, and we shall have to wait and see what happens.

I look at my phone. Still got a bit of time to kill. 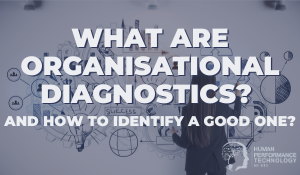 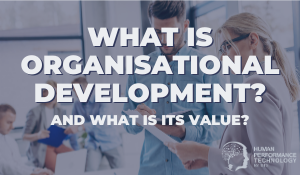