“Here's to the crazy ones. The misfits. The rebels. The troublemakers. The round pegs in the square holes. The ones who see things differently. They're not fond of rules. And they have no respect for the status quo. You can quote them, disagree with them, glorify or vilify them....

About the only thing you can't do is ignore them. Because they change things. They push the human race forward. And while some may see them as the crazy ones, we see genius. Because the people who are crazy enough to think they can change the world, are the ones who do.”— Apple's "Think Different" Ad Campaign, 1997, Originally Narrated by Steve Jobs and Written by Rob Siltanen

Rules can equally protect us from—or expose us to—danger; they can block out the harsh sunlight of foreign ideas as fast as they can reveal the exotic moonlight of new discovery.

It takes a superhuman mind to cut through the twisting vines of childhood conditioning: the rules that construct our perspective and shape our reality.

For many, self-reflection is pointless.

The rules = reality—not the other way around.

No need to examine.

No need to question.

No need to change.

Conditioning is a powerful force.

Which is why it takes superhuman strength to step up and question the ruling class of ideas—the very reality—that people take for granted. 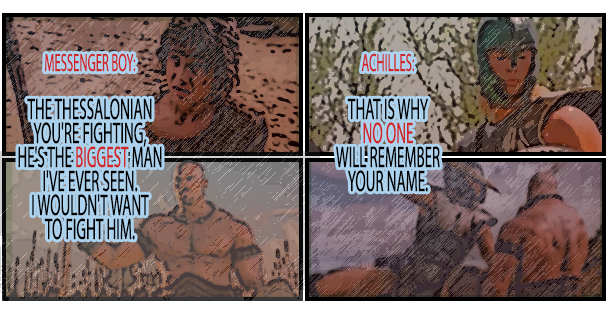 The bigger the idea, the harder the challenge, the greater the legacy.

Throughout history, many of the most celebrated heroes and giants of the human race have been looked down upon as crazies, losers, outcasts, troublemakers, and heretics. Until they changed the system.

Who wants to be normal?

Wouldn't you rather be incredible?

Isn't completely normal the same as nothing special?

You cannot, by definition, look extraordinary without seeming abnormal to most people.

What exactly is normal, anyway?

How do you define normal?

Maybe the people who seem perfectly normal are more messed up than you know.

Maybe you're not normal, but maybe that's a good thing.

Maybe what makes you a freak is your superpower.

Maybe someday you're going to use what makes you different as a magical opportunity, as unexpected power, as dark pain, as explosive fire, as new awareness to change the world.

You can’t find a hero who hasn't fought battles.

You can't stand centre stage without some critics.

You can't dodge bullets without bending the rules.

You can't construct a lightsaber without carrying a rare crystal.

You can't have a mother of dragons without hatching a few deadly eggs.

You can't understand the secrets of space without going boldly into the unknown.

And you can't make a great big dent in the universe without daring to be a little. bit. different. Maybe what the world needs most is a freak like you.