Closing the Mind Gap: Making Smarter Decisions in a Hypercomplex World is a GREAT book with two major flaws that must be addressed and dealt with before delving any further into its awesomeness.First, there’s the title: it’s kind of boring.

Second, and don’t freak out, but the book is about mental complexity. 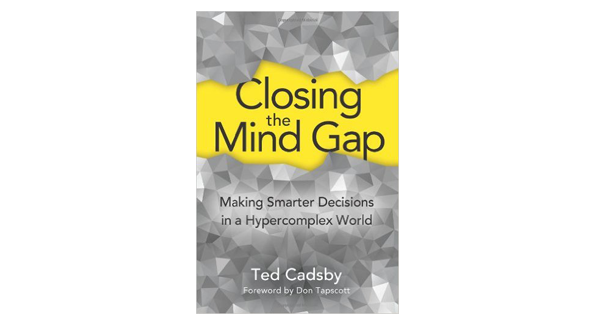 Title and topic aside, Closing the Mind Gap is a fascinating and illuminating journey into the giant mega-factory of stupidity and arrogance that is proudly produced by the human animal.

If you love anything to do with psychology, philosophy, learning, and behavioural economics, this is right up your alley. If you haven’t spent a lot of time on any of these topics, then even better, because the book summarises a large number of important concepts, researchers, and authors across these disciplines which is guaranteed to raise your IQ by 50 points.*

Here’s the central premise of the book: there are two basic mental landscapes that humankind has been forced to confront. 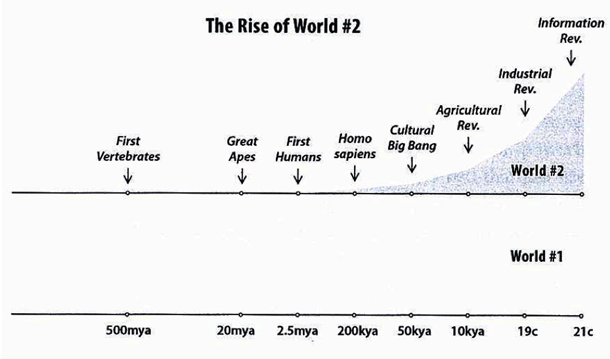 World #1 is the world that our distant ancestors thrived in—a simple world with straightforward relationships between cause and effect. (e.g., tiger = death = RUUUUN.)

World #2, which we are being forced to spend more time in, is the world of abstract complexity with non-linear relationships between cause and effect (e.g., how to create the best HR strategy for a 50,000+ multi-national giant).

Our brains have evolved to deal with World #1 and we’re unbelievably good at it. But we kinda suck at World #2. The book’s genius is showing us just how ill-equipped our brains are when it comes to anything remotely approaching complexity. As a result, you might never trust your intuition again.

A small sample of the quotey goodness...

One of the most interesting examples of the myriad ways in which our brains can create mischief is research done on people who have had the part of the brain that connects the two hemispheres (the corpus callosum) damaged or surgically removed.

In one experiment, the left eye of a participant was shown a picture of a house with its roof covered in snow.

And the right eye was shown a chicken claw.

Because, you know, chicken claws are awesome. 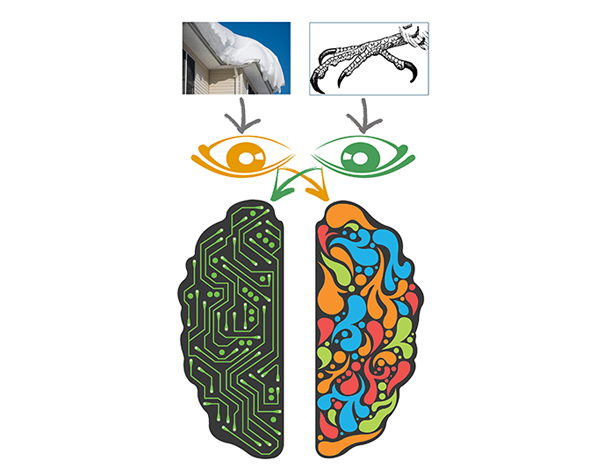 Now, here's the thing about brains: our left eye is routed through our right hemisphere (the one associated with creativity and holistic thinking).

Our right eye is routed through our left hemisphere (the one associated with language and logic).

Without the corpus callosum, the two hemispheres can't "talk" to each other, so the information that passes through the eye stays within that one hemisphere. This way, we can learn a lot about what each particular hemisphere does when given a particular task.

When asked to pick a drawing that related to the two images, the participant picked a snow shovel with his left hand, which makes sense since this corresponds to the right hemisphere. And then he picked a chicken claw with his right hand, corresponding to the left hemisphere. Makes sense. Nothing unusual so far.

However, when the participant was asked why he would need a snow shovel (a language/logic task that is performed by the left hemisphere) the participant told the researcher that he needed the shovel to clean out the chicken shed, failing to even acknowledge the existence of the snow!

For more woah moments, check out Closing the Mind Gap on Amazon.

In no way have we been paid for comment or asked to endorse this book... it's just a wicked head trip.

*Guarantees made to raise your IQ may or may not be totally made up on the spot.