I am not a naturally gifted communicator, I can’t give you a simple checklist for success in relationships, and I don’t know how to finish this sentence. But one benefit of failing a lot in life is the accumulation of cautionary tales.

And I’ve got plenty. Here are some devious habits that I frequently catch, in myself and in others, that I don’t see talked about enough.

“There's no tendency more maddening (and often dangerous) as taking a specific answer to ‘life's meaning’ that happens to fit one's own life to a T and universalising it as the only possible answer.”— Rebecca Newberger Goldstein

1) Universalising at the Wrong Level

How often have you been in a conversation where someone generalises about the universe based on what’s true for them? “The best diet is X.” “The most useful life hacks are XYZ.” “Modern art is clearly ridiculous and dumb.” (Okay, the last one is me.) Instead of telling your friend she's a fool for taking up CrossFit, next time I want you to look her dead in the eye and say, “Mary, I don’t know what the perfect exercise regime is for you, but let me tell you about the magic of high intensity training...”

"Sonder (n). The realisation that each random passerby is living a life as vivid and complex as your own."— The Dictionary of Obscure Sorrows

2) Letting Labels Block Out the Humanity

From “accountant” to “feminist” to “introvert” to “cat person,” many labels are loaded with cultural images and connotations that can sucker us into lazy thinking: “Oh, they’re THAT kind of person.” At their worst, labels can trigger hostility, load our minds with ideas that aren't actually present, and isolate people from their humanity. At their best, labels can cut away noise, launch our thoughts in the right vicinity, and connect dots faster. Labels are a tool. Like a knife, they can be used crudely or surgically. Always take care when you're given a label to handle — it often does not mean what you think it means, and equally, it often does not mean to them what it does to you.

3) Giving Advice Without Giving A Damn

To paraphrase Shakespeare, it’s easy to master any grief that isn’t your own. A common (and well-intentioned) response to hearing that someone has a problem is, “Here’s what you should do…”. Advice absent of empathy is the hallmark of military instruction. Sometimes, people don’t want a drill sergeant, or a coach, or even a friend. Sometimes, they just want another human being to understand. And nothing more.

“I have a bit of experience trying to communicate relatively complex ideas. And one thing that I now do instinctively is I ask myself, ‘What are the top three, or five ways that people are going to misunderstand what I'm saying?’”— Julia Galef

To succeed in academia, you learn to substitute simple words for complex ones and master the fine art of how-to-turn-a-10-word-argument-into-1000-words-while-not-strictly-repeating-yourself. To succeed in marketing, you learn the opposite: simplicity and repetition. Murphy’s law applied to communication states, “Any sentence that can be interpreted wrongly, will be.” And even the most beautifully simple ideas tend to get oversimplified by society, sooner or later. If you’re trying to get an important point across, it can help to include phrases such as “To be clear, what I’m not saying is…” (or something to that effect) to head off any chance of people running away with (and distributing) bad copies of your argument. 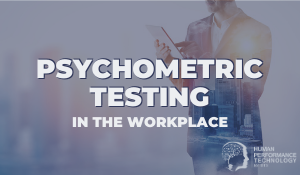 Psychometric Testing in the Workplace 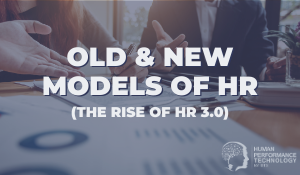 Brain Imaging and the Future of Psychometric Testing