If you’re curious about what an award-winning e-Learning professional, blogger and TED speaker with 30 years’ experience in the learning game thinks is good, bad and ugly in the history of theory and practice, then grab a bucket of popcorn.

Filmed at the Online Educa Berlin (OEB) conference in December 2015, Donald Clark presents a “whistle-stop tour” of approximately 100 key players who have made contributions to how we approach teaching and training in school and at work.

Be warned, Clark is a man of strong opinions, some of which are guaranteed to surprise and possibly shock a few viewers. For example, Clark does not believe social constructivism is a valid premise for teaching, he considers Piaget “the worst scientist in the world”, thinks Bloom’s taxonomy is outdated, views learning styles as “an evil”, NLP is a “ponzi scheme” with no value, Myers-Briggs (also a ponzi scheme) has “no science at all” to support it, Kirkpatrick’s 4-level model of training evaluation is “a complete waste of time” — as is Maslow’s hierarchy of needs, he “doesn’t buy” the concept of flow, views Seligman as “the pied piper of happiness”, doesn’t believe it’s HR’s role to push happiness in the workplace or get involved in the “emotional side” of workers’ lives, hates online courses and manuals that list “learning objectives”, is confident that “hole in the wall” learning is BS, and not only is mindfulness “nonsense” but also it’s also a “stupid fad”. And don’t even get him started on teaching Latin in schools.

Now that he’s got your attention, you’ll no doubt feel the play button calling to you to find out the reasons why. And, of course, you’ll also want to know what has been identified as the best ideas to emerge in learning theory. This speed-history talk is approached by clustering individuals by category (there are a total of 19 categories, as shown below). 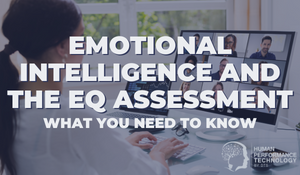